GOD WILL MAKE IT POSSIBLE

St Peter’s Cathedral, Matana was founded in 1936 when the church was built following the creation of Matana Mission station in 1935. The missionaries of Rwanda Mission together with new Christian believers contributed as much as they could to the work because they needed a place where they could meet, pray and praise the Lord. Generations have followed one another and St Peter's Cathedral in Matana has played an important role in the life of the community. 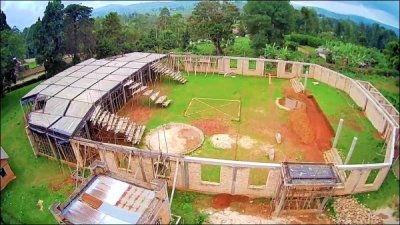 85 years on the Cathedral has a growing number of members who cannot all have a place at the same time in the church. The project to build a much larger building was launched and work is ongoing. Local contributions and support from friends of Matana are regularly collected to enable the construction to progress. The Bishop of the Diocese of Matana is confident that progress will continue and is grateful for the efforts made. “I thank God for the steps already reached. I have seen how people from near and far are raising funds to build this house of the Lord. Although we have not yet completed the work, we have reason to be happy because we have made progress. We have hope that the Lord who began this good work in us will accomplish it,” said Bishop Seth Ndayirukiye. 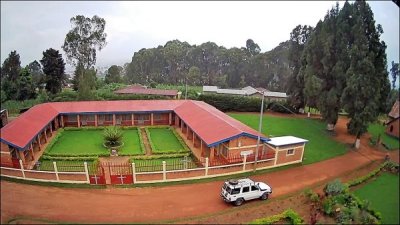 People living in Matana, those living in other provinces of Burundi, friends of the Diaspora are bringing together their efforts to build this cathedral so that the construction of the new St Peter's Cathedral will be a testimony to the unity of the people of God in accomplishing God’s work.

SAFE HOUSE – A VOICE OF HOPE TO FIGHT GENDER BASED VIOLENCE

The celebration of the 16 Days of Activism campaign against violence against women and girls was an opportunity to celebrate the steps taken in the fight against these crimes against human rights and dignity.

Testimonies of effective transformation and complete moral healing of survivors were shared in order to raise a voice of hope and encourage others in similar situations. For example, some had not been to school and had difficulty meeting the needs of their families. This situation later turned into a source of disagreement with their spouses. There were experiences of domestic violence, rejection, discrimination, insults and degradation. 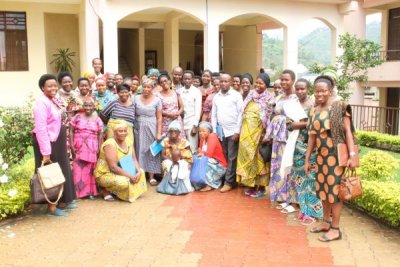 With the help of the Mothers’ Union Literacy and Financial Education Program women forged a different identity that characterizes them today as role models in their community. “I hadn't the chance to go to school. I envied children of my age a lot. When I got married I thought I could make it but history caught up with me. My husband treated me as worthless because I couldn't read or write. He wouldn't give me responsibility for anything. I was emotionally traumatized and sometimes I was hit. It was through the Literacy and Financial Education sessions that I was able to change this situation. My husband didn’t believe it when I told him that I had started a business. But when he could see that I was no longer asking him for money to meet certain household needs he realized that things had finally changed. He now treats me with respect and dignity,” said one woman who had suffered domestic violence over a long time. 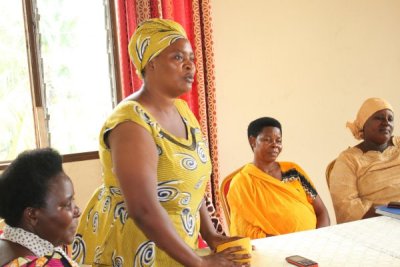 Empowering women has been one of the effective strategies employed by Safe House to address gender-based violence. Survivors who have benefited from the services provided by Safe House all confirm the success the GBV survivor’s empowerment approach has had in resolving cases that have become almost overwhelming. This approach has reduced the financial dependence of one or other in the couple and increased participation in the management of household affairs. The beneficiaries of the services offered by Safe House are currently active in mutual savings and credit groups that finance their development activities. 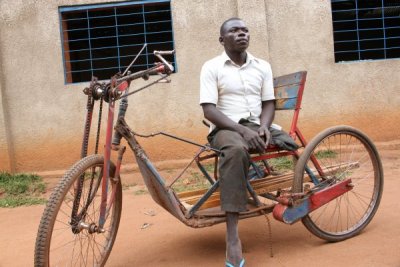 The Diocese of Muyinga through the Bethesda Project has raised awareness among people regarding the rights of people living with disabilities and the importance of unlocking their potential. With training and discussion sessions with people living with disabilities, they say that being considered is the key to success for them because it gives a sense of worth. Following these meetings, some have initiated income generating activities and children who had dropped out of school have returned.